Here I've compiled outlined notes of the CAS Exam 5 text on Reserving by Friedland. It is my hope that these notes be of some use to other CAS candidates or curious students in gaining more insight and understanding across a spectrum of topics within insurance, from the claims process to various basic techniques for estimating unpaid claims.

The contents (whose formatting will be fixed) are as follows. Additionally, my hand-written notes on which this post is based will also be posted.

[A] Introduction
1. Overview
2. The Claims Process

·      underwriting pools – created in some jurisdictions to provide coverage for specific exposures, such as residual market automobile or aviation, across the insurance industry

-       A&O (Adjusting & Other) – all claims adjusting expenses, internal or external

-       Confidence interval of true unpaid claims amount is useful to management, regulators, policyholders, investors, and general public, but the REQUIREMENT is the “single point estimate”

-       Expected value over the range of reasonably possible outcomes

Coverages (AKA) Lines of Insurance

o  No fault = payable by insured’s insurer regardless of fault

o  Protects insured in event of own fault (first-party coverage)

o  Protects from liability that arises from business use of owned, hired, or borrowed automobiles OR from operation of employee’s automobiles on behalf of the business insured.

o  Protects individuals & organizations from *loss of money*, *securities*, or *inventory* (due to crime)

o  Insured collects directly from insurer, not from person who caused accident

o  Only if other party is at fault

-       IBNER (incurred but not enough reported, aka development on known claims)

-       Incurred claims/losses (does not include IBNR)

Information Extraction from a Claim:

-       Potential other parties at fault

-       Potential other sources of recovery

o  Some track actual data of salvage & subrogation recoveries, but do not create case outstanding

Life of a Claim (Transactions)

-       Notification to reinsurer if claim expected to exceed insurer’s retention

-       Incremental paid claims: sum of all claim payments during given time interval

-       Explore data for key characteristics and any possible anomalies. Also balance data with other verified sources

-       Monitoring projections of claim development over time & compare projected and actual development of counts or amounts. One of the most useful diagnostic tools in evaluating accuracy of unpaid claim estimates.

-       Homogeneity – don’t pull together data from different lines of insurance (i.e. policies sold to corporations vs those for individuals; differences between subcoverage characteristics can be significant)

-       Length of time to report claim after incident

-       Length of time to settle claim after reported

-       Likelihood of claim to reopen once settled

-       Salvage (Amounts insurer collects for sale of the damaged property)

-       Capability or willingness of reinsurer to pay claims

-       Solicit information from management about any actual collectability problems

-       Review ratings on reinsurers (given by recognized rating services)

-       Some estimation techniques require measure of insurer’s exposure to claims

-       Mainly use earned premium as exposure

-       Fixed values -> inability to address the critical issue of development

Coverage may be dependent on date reported (claim reported to insurer) (i.e. claims-made coverage -> use RY)

-       Only measure development on known claims

-       Speedup or Slowdown in settlement rate

-       Improvement or deterioration of u/w results

-       (focus on closing small claims) vs (attention on large claims)

Often used for new LOB or new territories. Assumes it is better to use “a priori” (initial) estimate rather than observed experience

, where “selected measure of claims per unit of exposure” is “loss rate” or “pure premium”

-       Stable over time (actual claims do not enter into the calculations)

-       Lack of responsiveness to recent experience

-       Not responsive when actual claims differ from initial expectations

More weight is given to actual & paid claims as experience matures ; weight = Z

-       Random fluctuations early in AY do not significantly distort projections

-       “expected loss ratio should be predictable enough [in stable and volatile lines] so that both tech’s produce the same result” [Bornhuetter-Ferguson vs. Expected Claims]

-       Mostly used for long-tail LOB, but can be used for very-short-tail LOBs

-       Differs in derivation of expected claims

Fundamentally similar to B-F method, but differs in *derivation of expected claims ratio*

-       Usually reported claims but can be for paid claims

-       When selecting final ultimate claims values, acknowledge where assumptions might not be realistic

(Examples of these triangles are done in Friedland)

-       Can use paid claims data, independent of Case O/S (not affected in change in Case O/S philosophy)

-       Changes in definitions (claim counts, claims processing, or both) invalidate assumption that historical data are predictive of future development

-       Tendency for claims to be asymmetric across time periods (i.e. more crashes around holiday seasons)

-       As discusses earlier in section, inflation affects both frequency & severity. To solve this, use more sophisticated methods than the 3 discussed here. 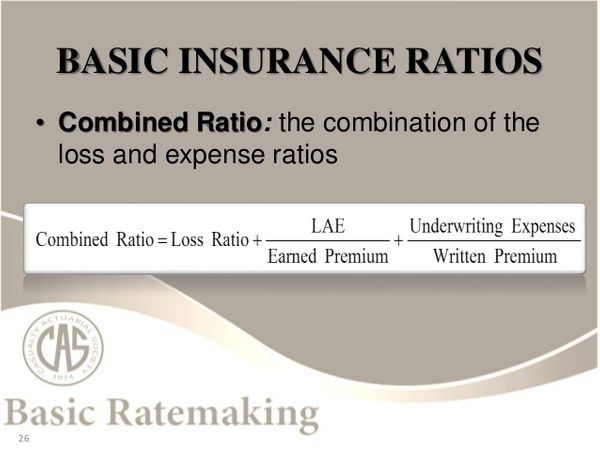 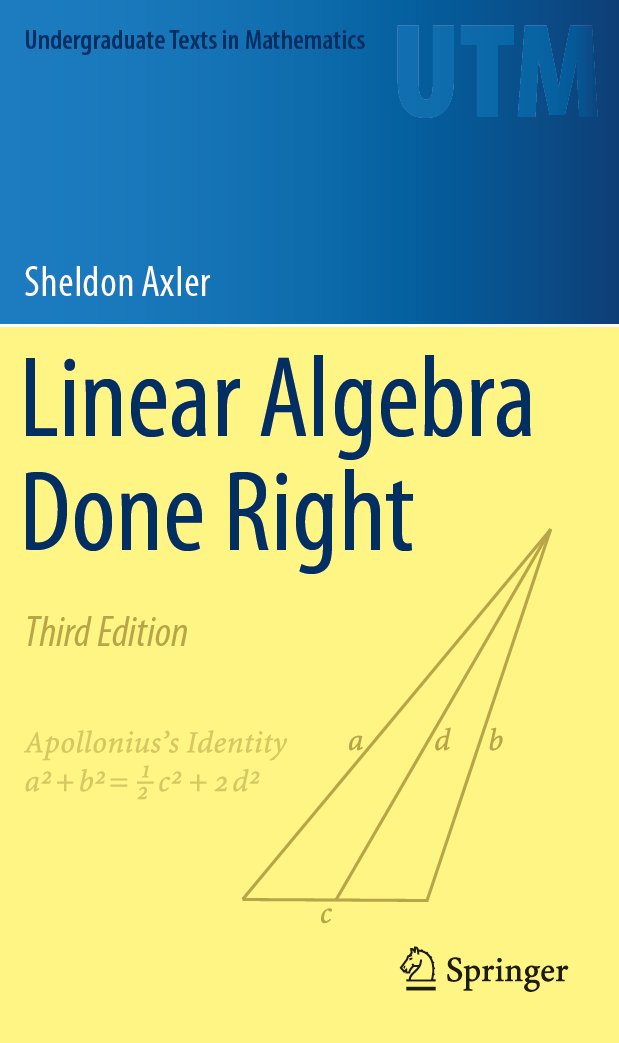 This Spring 2019 semester I've completed the second course in Berkeley's Linear Algebra series (Math 110) with Professor Olga Holtz. Traditionally at Cal, students' first encounter with linear algebra takes form of computational linear algebra (Math 54), with a heavy focus on factorization and applications in solving linear problems. In this course, we take a purist approach (as done by course textbook author Axler) to not employ determinants of matrices . . .